“Hands down, one of my fav reads this year!”- Ilsa Madden-Mills, Wall Street Journal bestselling author

He's the king of all he surveys.
Except her.

Exiled for 15 years, Hayes Rivers has finally assumed his place as head of Houston’s oldest and most powerful family.

Now, they call him King.

A legacy of wealth and prestige are his to claim.
As age-old rivalries, long-buried secrets, and generations of betrayal threaten his birthright, he finds himself in a battle for control of his family’s future.
When he meets Confidence, she’s a sweet distraction.
Everything he shouldn’t want.
But after a weekend of passion and surprising intimacy,
he realizes she's everything he needs
He holds the keys to a kingdom,
But he covets the key to her heart.

And he'll stop at nothing to claim his queen. 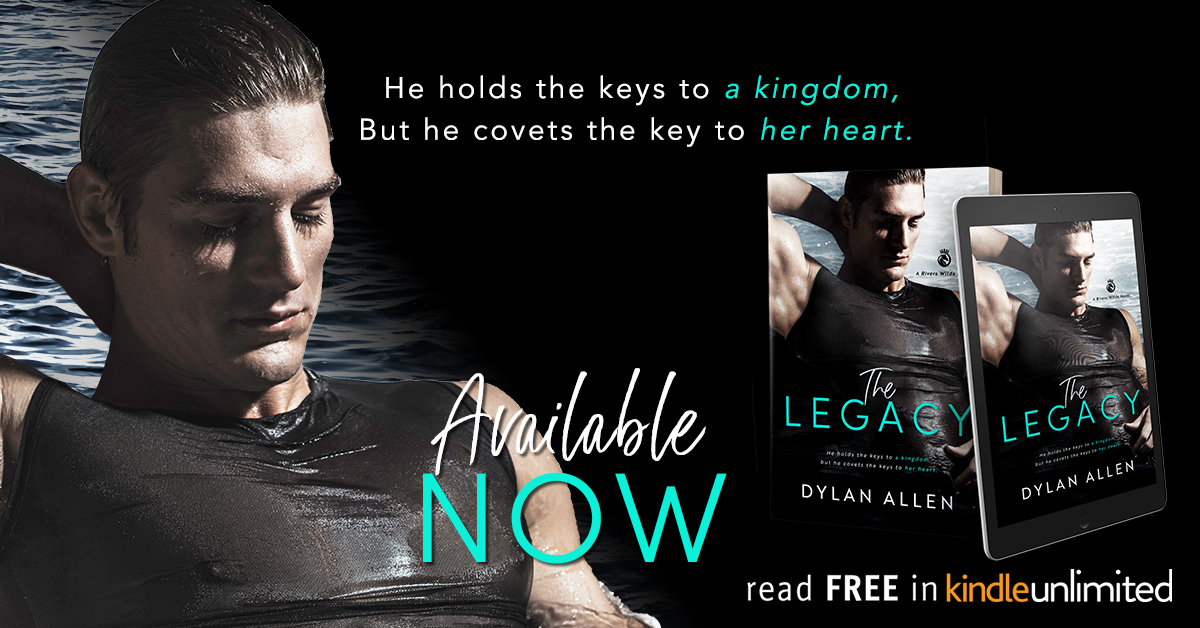 Confidence is a really admirable character. I really liked her. She’s such a strong female character. I might slightly love her and her outlook on life. I seriously get a major girl crush on the females in Dylan’s books. They are so fierce. They are women we should all aspire to be. The goodness in her heart, she’s beautiful inside and out. Dylan created a perfectly-flawed Queen. Her King is just as hard. Hayes is lethal. He has this balance of fun and determined, businesslike and outgoing, sincere and indifferent... and of course, our Hayes is sexy AF.

The analogies Dylan creates are so excellent and seriously get my mind spinning. Allen just has this way of digging in really deep. Hayes comments about diamonds and if you can tell the real diamonds apart from the fake diamonds is such an eye-opening statement. It just made me stop and really thing on the truthfulness of the remark. Add in how just damn quotable this book it! I found myself highlighting something on nearly every single page. This woman’s writing just speaks strait to me!

“I want to know what that kind of regret feels like.”
This book is one of the most quotable!! They invoke so much thinking in me. There have been a few quotes that have opened up larger conversations for me, Dylan gets me thinking about life as a larger picture more than any author out there. She brings issues to my attention that I’ve never even pondered on. I need books to do that and the good ones, like Dylan Allen’s, do just that!

“My mother always says that we speak from our brains, but people hear from our hearts. “

Allen’s sex scenes are naughty as hell and so alive with feeling! I feel like I’m a voyeur watching other people’s most intimate moments. If Dylan’s intimate scenes don’t make you cross your legs and fidget a bit with some flush working up your neck and face than you have to be doing something wrong! Confidence and Hayes brought the heat like a 6-alarm fire baby!! Allen is one of my favorite authors. She writes books that I fly through but never want to end. When they do, I’m so attached to her characters that I feel the loss like my bestie just moved across the country. But this is just the start of Rivers Wilde and I can’t wait to read all about the drama and the heat... I sure hope she writes in a really big fire department with large hoses!!

He rakes his eyes down my body. My white blouse feels thin under his heated gaze. I shift in my shoes when he lingers on my hips.

“If I touched your pussy, what would I feel?” he asks.

“That’s one question you won’t be answering tonight.”

“I want to touch you.” He dips his head and kisses my cheek. His hand grips my hip.

“You’ll feel better when I’ve made you come,” he whispers against my cheek.

He moves so fast that my ass is up on the edge of the sink before I can protest.

“Do you want me to stop?” he asks. His finger trails up my leg and stops at my knee. Blood rushes in my ears, heat pools between my thighs.

“Of course not,” I breathe.

His fingers slip under the hem of my shorts and I grab his fingers.

“But I’m going to ask you to anyway.” His eyes fly up to mine in surprise, but there’s no anger there. In fact, I think what I see is respect.

“Why?” he asks and stands back up.

If it could speak, my vagina would be cursing me out.

“Because what I want isn’t what I need, Hayes.”

“Why are they mutually exclusive?”

“I don’t want to just be your partner in bed,” I admit.

“Oh, Tesoro,” he sighs and drags his nose across my temple before he moves us back to facing each other. He cups my face in his hands and presses a soft kiss to my lips before he pulls back.

“There’s not a pussy in this world I’d fall on my knees for. Not even yours,” he says, the fierce love and tenderness in his eyes stealing my breath.

His eyes never leaving mine, he continues. “But for this, Tesoro…” His palms cover the space between my breasts and my heart kicks against the wall of my chest, desperate to find its way into the hand of the man it loves.

“For the love of the most brilliant woman I’ve ever met.” He kisses me again. “I would spend the rest of my life on my fucking knees.”

And then, my big, strong, beautiful man brings my entire world to a halt. He drops to his knees in front of me. On the floor of the public restroom.

He grips my hips and presses his face in between my legs and inhales.

“Goddamn.” His groan vibrates against me and moisture blooms beneath his mouth and nose. “I love the way your pussy smells. I fucking miss the way it tastes. I’m dying to feel it gripping my cock.” He rubs his nose against my clit and pleasure skitters, like the kiss of butterfly wings, all over my body.

I thread my fingers into his thick, silky hair just as he leans away and stares up at me with that same fierceness.

But now, it’s laced with need.

He has the look of a predator, and I wish he would hurry up and catch me.

“I want to plant my flag there so that everyone knows it’s mine. But, it’s not even in the top five of my favorite things about you, Confidence. And it’s certainly not the only thing I want.” He looks up at me through his honest, smart eyes, and the rest of the world falls away.

“Oh, Hayes …” I trace the line of his strong brows and sweep down the slope of his nose.

“I can’t.” I shake my head, caught between my fear and my love and feeling like neither one of them are serving me well right now.

“You won’t,” he chides me gently, but with real reproach in his voice. “But I understand.” He cuts off my protest. “You want to protect yourself. But you can’t. Not from me. Not from us. It’s all or nothing. And as long as we’re alive, it will never be nothing.”

“Hayes, don’t …” I pull back slightly and shake my head. I don’t know what to say.

“I know,” he says with real regret in his eyes. “I fucked up. But, I am not that asshole who treated you like you were nothing. I’m not ashamed of anything except that something I did made you feel like you were less than the miraculous person I know I’ll never deserve,” he says.

My hand comes to my chest and my fingers clutch the front of my blouse. “Oh, Hayes,” is all I can manage.

“But, I need you to understand—” His eyes go from pleading to demanding in a blink.

“That you thought I was hiding something?” I interject.

“No,” he says sharply. “That I’m responsible for my entire family. Not just the ones that are alive right now. But the ones who will be alive in a hundred years. I just had to keep the estate intact because I lost sight of that once and married someone who I barely knew.”

“I know that … and I knew it in Italy, too. By the time the report came, I didn’t care what it said.”

“I already knew everything that I needed to about you. You’re the woman who leans in when most people lean away,” he says. I want so badly to throw my arms around his neck and tell him it’s okay. That I see him, and that I’ll always lean in.

“I’m going to show you why us. How us. I’m asking for a lot. Your future. Your love. Your loyalty. Your body. Your children. Your life,” he says. “But I’m offering you the same things in return.”

Dylan Allen is a Texas girl with a serious case of wanderlust.

A self-proclaimed happily ever junkie, she loves creating stories where her characters chase their own happy endings.

When she isn’t writing or reading, eating or cooking, she and her family are planning their next adventure. 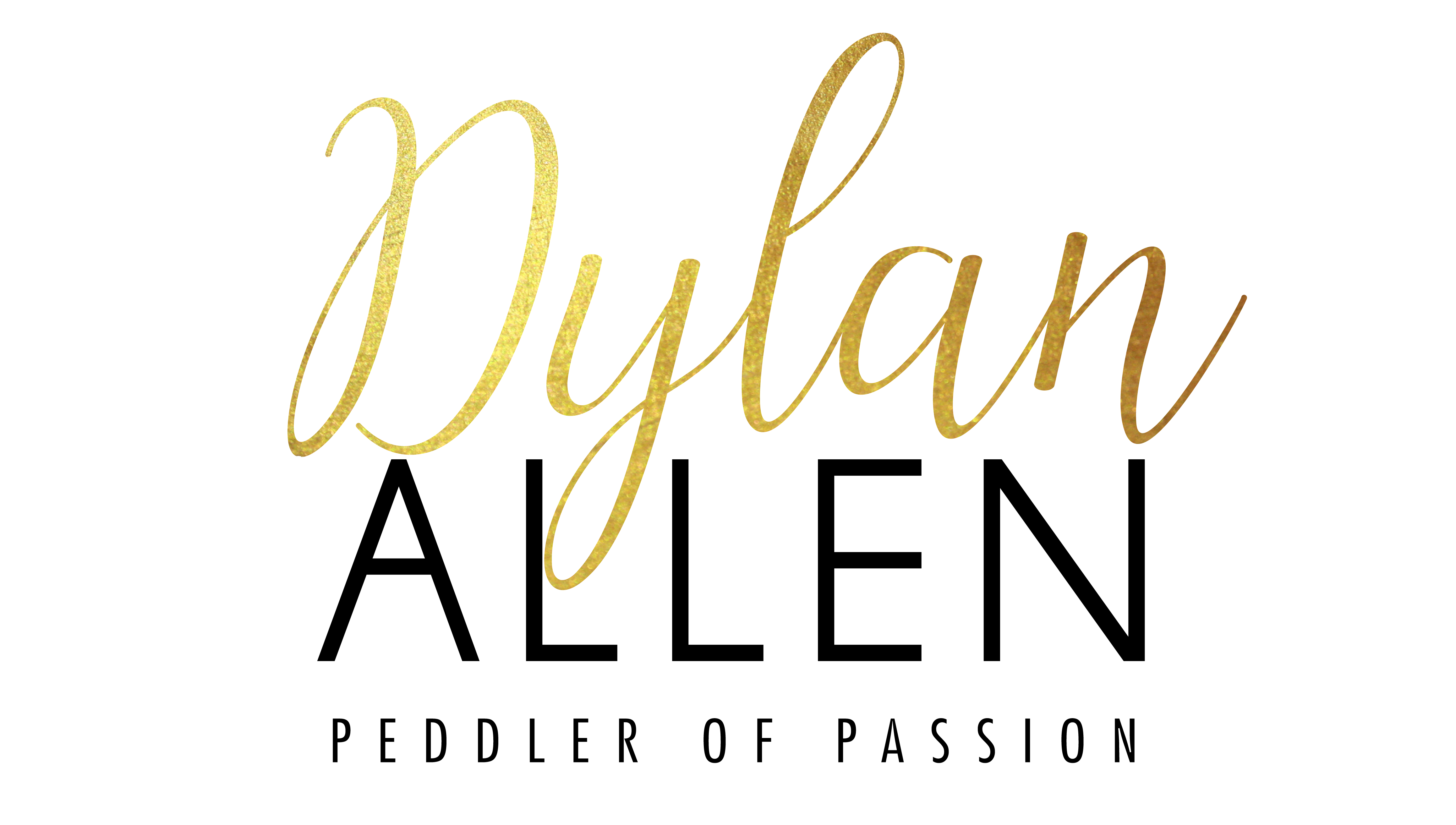 Posted by Next Book Review at 7:30 AM