We are so excited to be sharing the audiobook release of Teagan Hunter's CAN'T TEXT THIS! CAN'T TEXT THIS is a laugh-out-loud funny single dad romcom and you don't want to miss it! About CAN'T TEXT THIS

"Hi Monty. Wanna see my python?"
That's how I ended up in the bathroom of some dive bar with a stranger.
Me, Monty Andrews, the quintessential virgin girl next door.
I was so out of my element, but there was no denying our explosive attraction, even via text.
Commence Operation Bang Each Other Out of Our Systems, because that was all it was--unfinished business.
I had no intention of falling back into the sheets with the tattooed, muscly, dirty-in-the-best-kind-of-way single dad over and over again...but I did.
Everything was going great--until we discovered I was his son's teacher.

Add CAN'T TEXT THIS to your Goodreads TBR! TEAGAN HUNTER is a Missouri-raised gal, but currently lives in North Carolina with her US Marine husband, where she spends her days begging him for a cat. She survives off coffee, pizza, and sarcasm. When she’s not writing, you can find her binge-watching various TV shows, especially Supernatural and One Tree Hill. She enjoys cold weather, buys more paperbacks than she’ll ever read, and never says no to brownies. For more information, please visit www.teaganhunterwrites.com.

Posted by Next Book Review at 11:30 AM No comments:

RELEASE DAY: The Girl in the Painting by Max Monroe

Love is blind, but fate sees everything

The Girl in the Painting, an all-new standalone romance from New York Times bestselling author Max Monroe, is available now! 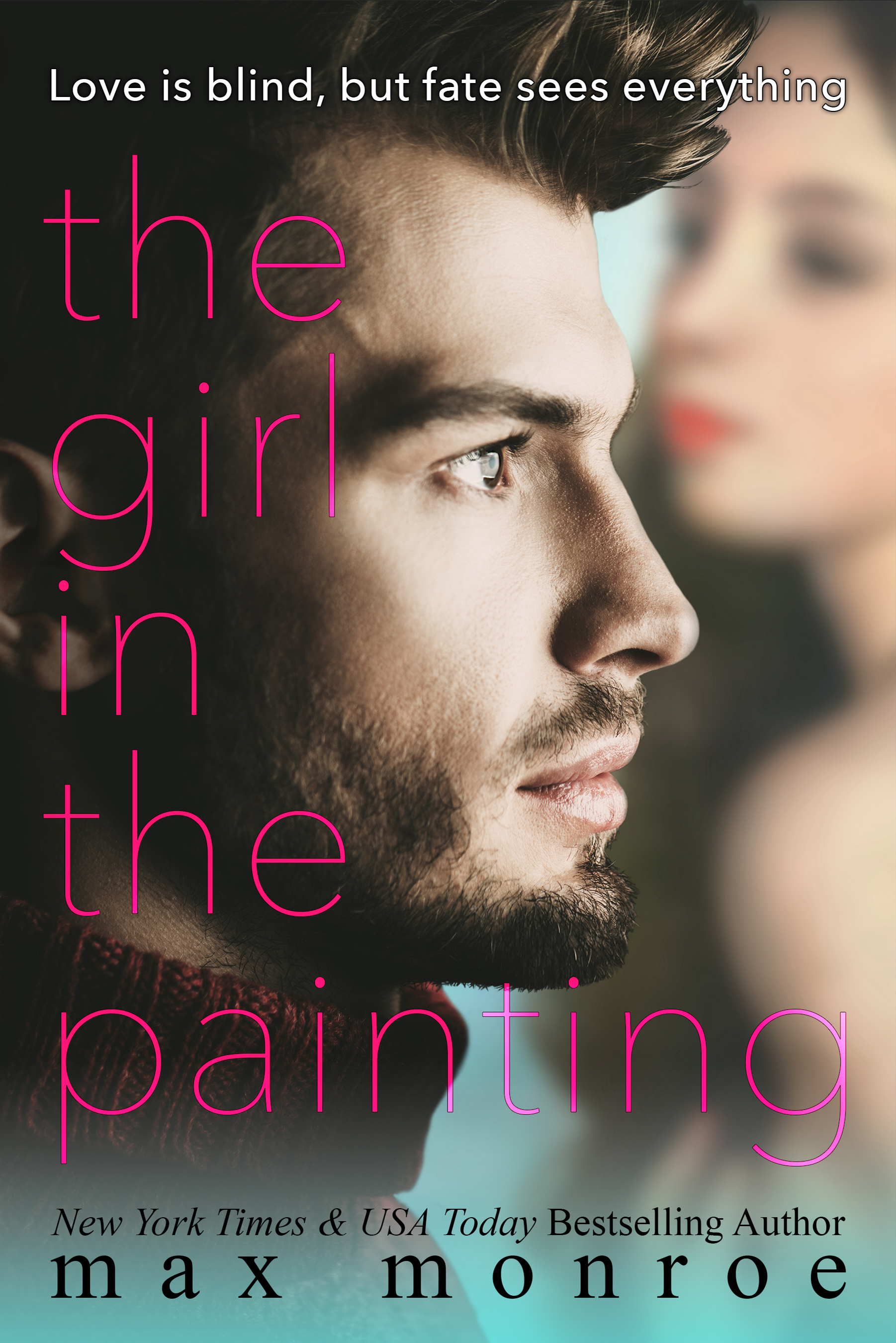 Ansel Bray, an artist known around the world for his tragic hiatus from the canvas.
Ansel Bray, a broody, handsome man not known by me, at all.
Long dark hair, blue eyes, and dimpled cheeks. I’ve never met her, but her image is imprinted in my mind. An angel muse who inspires me to paint again.
There is something about him. Something that spurs a need to be as close to him as possible. A need to find out why.
There is something about her. Something that draws me in. Something that urges me to find out what her presence means.
Why does the girl in his painting look so much like me?
Who is this girl, and why can I see her so vividly?
I shouldn’t fall in love with him.
I shouldn’t fall in love at all.
But fate plays her hand.
But fate has other plans.
The lines of my life will blur.
The needs of my heart will change.
What a beautiful mess we’ve made. 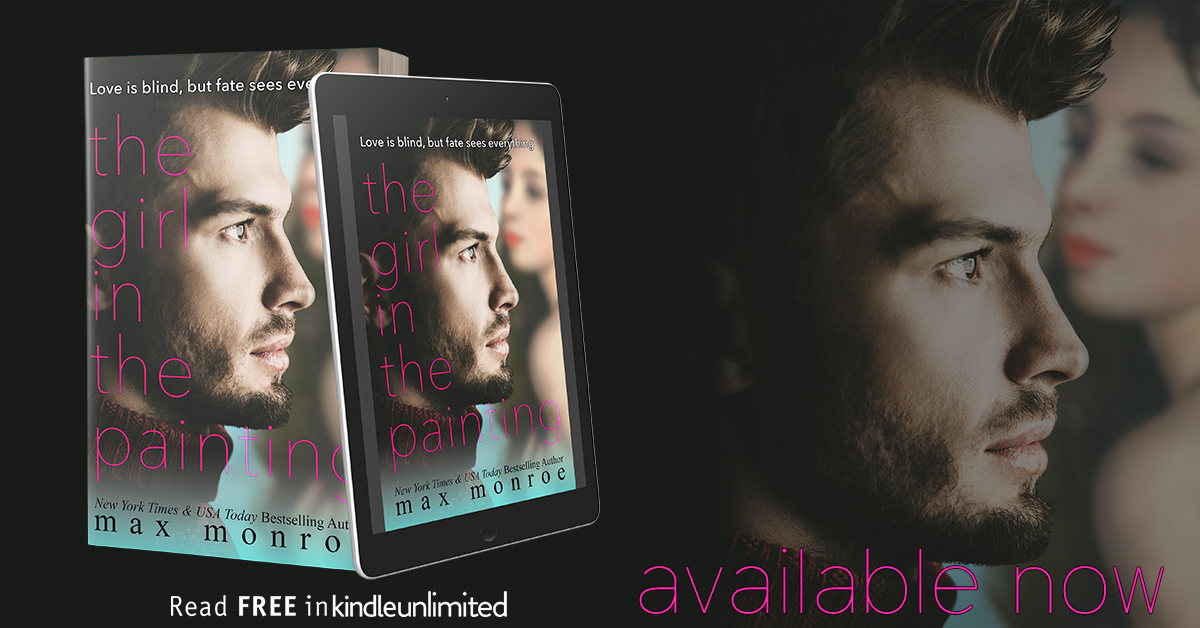 A secret duo of romance authors team up under the New York Times and USA Today Bestselling pseudonym Max Monroe to bring you sexy, laugh-out-loud reads.


Max Monroe is the New York Times and USA Today Bestselling author of more than ten contemporary romance titles. Favorite writing partners and long time friends, Max and Monroe strive to live and write all the fun, sexy swoon so often missing from their Facebook newsfeed. Sarcastic by nature, their two writing souls feel like they’ve found their other half. This is their most favorite adventure thus far.

RELEASE DAY: The Something about Her by Rachel Higginson

The Something about Her
by Rachel Higginson 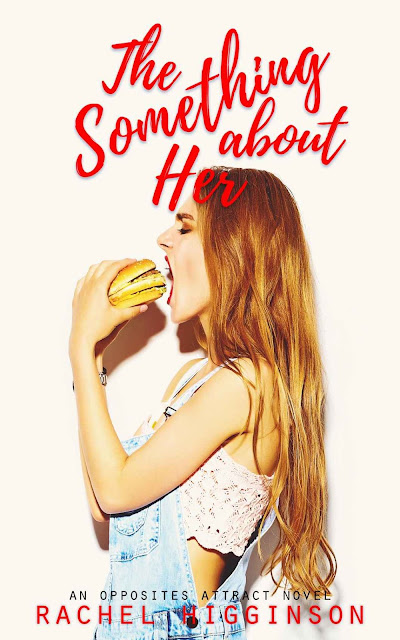 I quit life. Or at least my new job.

My new, fancy, head chef position at one of the most acclaimed restaurants in the city is not turning out like I’d hoped. I’m a mess. Totally out of my element and underqualified, I’ve been thrown into a fiery kitchen and I’m not sure I can handle the heat.

On top of that, my personal life is falling apart. And to make matters worse, my best friend's brother keeps popping up at all my worst moments to save the day.

I’ve never claimed to have it together, but I certainly don’t need a man to rescue me every time I get my heel stuck in a sewer grate. Except that’s what keeps happening.

Vann Delane is pushy and stuck up and thinks he knows everything there is to know about everything. And for whatever reason, he keeps saving me.

Not that he’s happy about it. He’s made it clear what he thinks about my money and dream job and the designer shoes he saved last weekend. He’s not impressed with me and my penchant for disaster.

I’ve decided to stay away from him. I’ve got too many other fires to put out to worry about the something between us that doesn’t have a name.

So, he can give his knight in shining armor kindness to someone else. And he can save those intense glances and butterfly-inducing smiles for the nice girl he’s looking for. And he can deny it all he wants, but I know he likes me.

He says I drive him crazy. But I know there’s something about me that he can’t deny.
Add to Goodreads

Here we are... finally; we get Dillon and Vann’s story. This story was very much needed. Dillon is at this pivotal point in her life. She’s feeling lost. However lost she may be feeling, she does have a passion. She has a dream. Her brother gives her an opportunity she’s only dreamt of and a much needed chance. Now Vann, he’s Dillon’s opposite... it is in the Opposite Attract series. Vann is... well, Vann is difficult. He’s a total health nut and keeps her on her toes. They were a really fun and dynamic together.

I really enjoyed Vann and Dillon’s. They were steamy and sweet. There was a bit of drama but we are talking about a love story here. Rachel Higginson gave us a perfect ending to such a fun series. The cover on The Something About Her made me have to read this story. It’s a lighter, fun read. I think my favorite thing that Rachel did here is by making Dillon a real woman with flaws and insecurities. 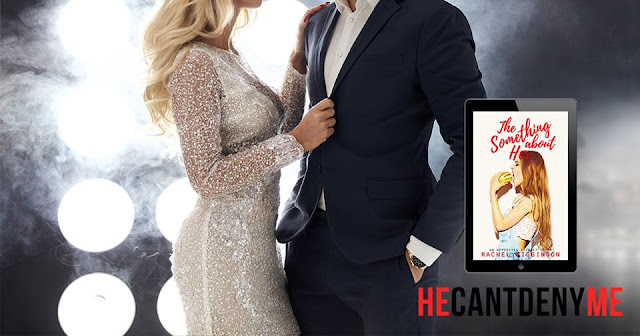 Series is #Free in Kindle Unlimited! 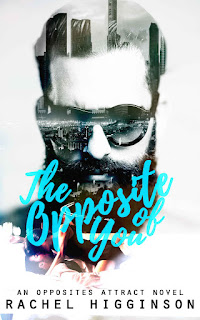 The Difference Between Us
(The Opposites Attract Series Book 2) 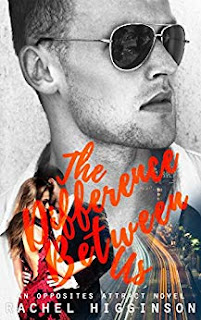 The Problem with Him
(The Opposites Attract Series Book 3) 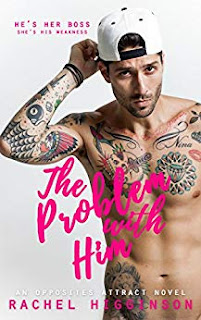 “We hooked up,” I explained, my shoulder lifting in that weak shrug again. “The end.”

His expression shuttered, a hard, impenetrable wall slamming over his eyes, tightening his jaw and locking his lips in place. After he’d stared at me so long and hard, I started to fidget, he shrugged too. “The end.”

Relief drilled through me, opening up entire springs of hope that this conversation was also coming to a close. I loosed a small smile. “Right. You get it. The end.”

His jaw ticked. My relief dried up with my sense of safety. He looked like a shiny new bullet, waiting in the chamber for the trigger to be pulled.

I shivered again, that same climax-filled memory pinging through my head. I was nervous. But I was also turned on.

He took a step forward, his lips twisting in a sideways smile. Only it wasn’t a pleasant smile. It was the equivalent of the safety being clicked off that gun. “Let me get this straight…” Another step forward. “We had a little too much to drink last night and hooked up.”

I bobbed my head back and forth. “I would say we had a little more than a little too much. My judgment was definitely impaired.” I tried to laugh again, but the sound hit the atmosphere like dust being sprinkled on the ground.

Taking another step forward, he nodded again. “What you’re saying is we made a reckless decision last night.”

“Reckless. That’s a good word for it.” My butt bumped against the counter. I’d started to retreat, but he wasn’t picking up the stay-away-from-me vibes.

Maybe because they were mixed up with the take-me-now ones?

He moved forward. “And because we didn’t use our most… sober thinking, we’ve now reached The End of whatever was between us.”

I tried laughing again, but it got me nowhere. “Isn’t that what you’re saying?”
He was in front of me now, close and warm and smelling like heaven. His hands landed on either side of my waist. The smooth silk of his tuxedo brushed over my bare arms, sending shivers and tingles abuzz inside me.

“No,” he admitted openly—although that emotionless mask was still in place. “That is not at all what I’m saying.”

I couldn’t breathe. I couldn’t swallow. I was totally paralyzed by his words and what they could mean. Did he want to do it again? Sober this time? Drunk again? Did he just want a hookup? Did he want to run away together?

What the hell did any of this mean?

Instead of asking any of those questions, I managed a weak, strained, barely audible, “Oh.”

He nodded as if he expected that kind of response from me. “Yeah, oh.” He stood straight, putting inches between us, making me instantly cold. He turned and when he was at the door to the bathroom, he added, “There’s something about you, Baptiste.” His gray eyes turned silvery with heat, pinning me in place and stealing whatever response I was trying to spit out. “I don’t know what it is yet, but it’s enough that I know this isn’t The End. This is just the beginning.”

I was born and raised in Nebraska, but spent my college years traveling the world. I fell in love with Eastern Europe, Paris, Indian Food and the beautiful beaches of Sri Lanka. But I came back home to marry my high school sweetheart and now I spend my days raising our growing family. In those few spare moments I have, I am either reading or writing Young Adult Fiction, because I am obsessed with it.

Posted by Next Book Review at 9:00 AM No comments: